To start a new bot, you must run botonic new testBot nlu

Botonic offers a list of examples to help you set up a chatbot rapidly.

Routes are how you turn user inputs into Actions. Edit your src/routes.js file to add or remove routes. View Routes for more details.

Actions are where you define the behavior of your bot. You can add an Action by creating a new .js file inside src/actions. View Actions and Components for more details. 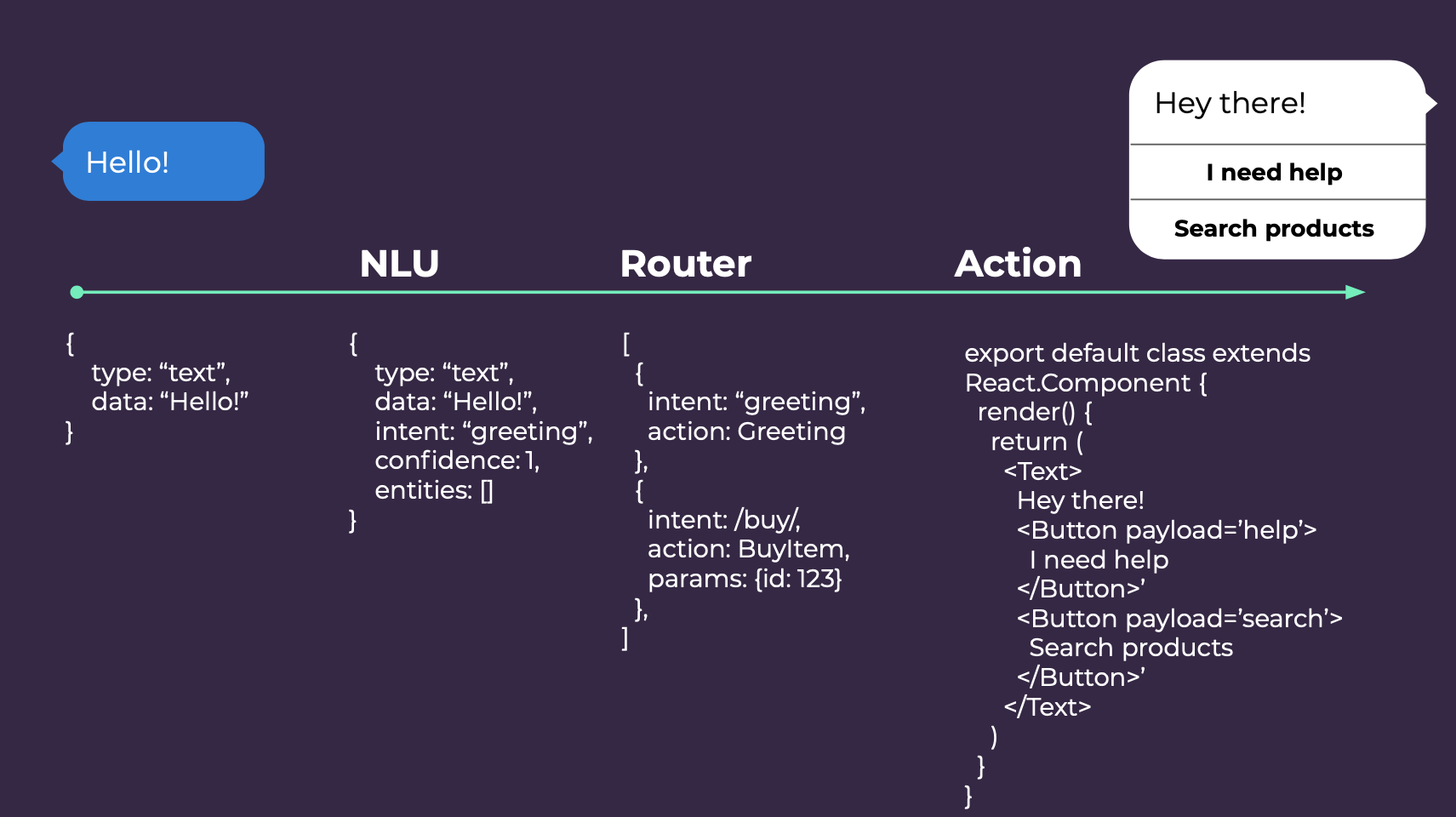 You can go a long way capturing user inputs using regular expressions, but it obviously has its limitations. As you find yourself adding more and more functionality to your bot, you get to a point where you need Natural Language Understanding (NLU) capabilities.

NLU lets you capture user inputs by intent instead of parsing its raw text. An intent represents all the different ways users can express a unit of meaning that is valid for your bot. You can then map that intent to an action using a route.

Botonic has its own NLU plugin which covers intent and entity recognition tasks.

You can add routes that capture different intents and their corresponding actions. For example, in your routes.js file:

Note: Routes are checked in order. It is recommended to put the more specific ones first and the more generic ones at the end.

Then you just have to create a couple of actions that respond to these intents in src/actions.

Once you've added utterances to your intents, run botonic train in your command line. This will train your bot with the utterances in your directory.

Was this article useful?